View basket “In A Kingdom By The Sea by Sara MacDonald” has been added to your basket.

“Hard sf but full of strong female leads. The death of Earth as we know and a re-interpretation of Noah’s Ark – is the gist. But it is so much more. The world building IS BREATHTAKING. It’s a THICK book for a reason, but I don’t think a single word is wasted. Neal Stephenson is a champion at producing books of enormous scope that focus on the impacts these hypothetical worlds have on individual people, with characters that are crystal clear in personality.”

The astounding new novel from the master of science fiction.
President Barack Obama’s summer reading choice and recently optioned by Ron Howard and IMAGINE to be made into a major motion picture.

THE EARTH WAS A TICKING TIME BOMB.

To ensure the survival they had to look beyond its atmosphere.

So they became pioneers.

Five thousand years later and their progeny form seven distinct races and they must journey to an alien: Earth.

A magnificent, visionary work of speculative fiction from a true visionary that will dazzle you with its depth, psychology and awesome imagination. 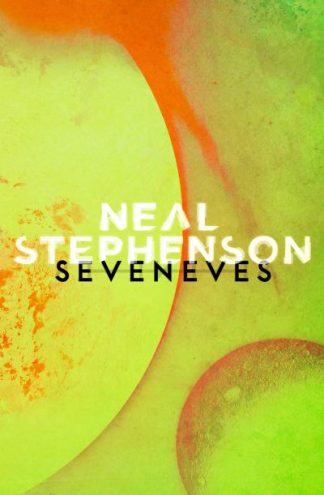 You're viewing: Seveneves by Neal Stephenson £9.99
Add to basket