View basket “Destroying Angel: The Seeker 3 by S. G. MacLean” has been added to your basket.

Captain Damian Seeker has gone north. Charged with preparing the way for the rule of the major-generals, he is now under the command of Colonel Robert Lilburne at York. But when Lilburne orders him to a small village on the North York moors with details of the stringent new anti-Royalist laws, Seeker finds that what should be a routine visit will reveal a plot to rival anything in scheming London. An invitation to dinner at the house of local businessman Matthew Pullan lifts the lid on the bubbling cauldron of grudges and resentment that is Faithly village. The local constable, drunk on the tiny bit of power he holds, using it to avenge old resentments. The hated lord of the manor, the last of a staunchly Royalist family who has managed to avoid suspicion of treachery – for now. 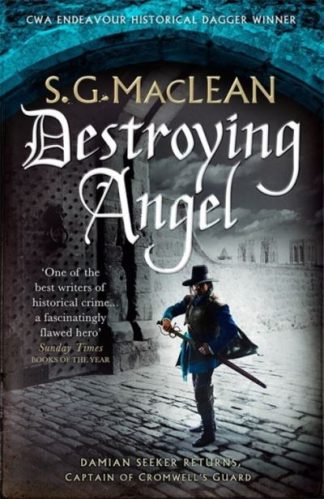