Witcraft: The Invention of Philosophy in English by Jonathan Ree

R?e offers compelling intellectual portraits of celebrated British and American philosophers such as Locke, Hume, Mill, Emerson and James. He draws attention to the philosophical work of literary authors like William Hazlitt and George Eliot, and dozens of others now largely forgotten, while paying tribute to the hundreds of ordinary men and women who engaged with philosophy while getting on with the rest of their lives. Philosophers in Britain and America have often been regarded as narrow-minded and pedestrian compared to their counterparts in continental Europe: this book reveals them instead as colourful, diverse, inventive and cosmopolitan. Philosophy, in R?e’s interpretation, turns out to be not the work of a few canonical old men, but of masses of ordinary people who have insisted on thinking for themselves, and reaching their own conclusions about religion, politics, art and everything else. 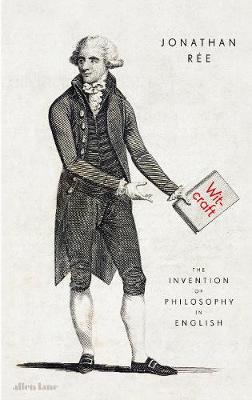 You're viewing: Witcraft: The Invention of Philosophy in English by Jonathan Ree £30.00
Add to basket