View basket “Time For Lights Out by Raymond Briggs” has been added to your basket.

Why Women Have Better Sex Under Socialism: And Other Arguments for Economic Inde by Kristen Ghodsee

Kristen R. Ghodsee’s book explains why capitalism is uniquely bad for women and shows that if we adopt and update some ideas from socialism, women’s lives will be better – at work, at home and even in the bedroom. In the late 1980s and early 90s, sexologists discovered that East German women living under socialism reported greater sensual pleasure and higher rates of orgasm than their Western counterparts. The horrors and deprivations of Communism are infamous. Less well known is that the socialist insistence in many Eastern and Northern European countries on bringing women out of the home and into the work force – through state provision of education, maternity leave, childcare, and domestic support – transformed their lives for the better. 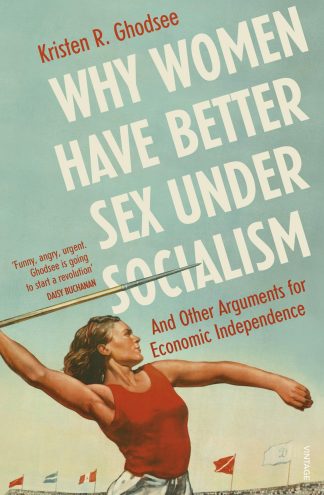 You're viewing: Why Women Have Better Sex Under Socialism: And Other Arguments for Economic Inde by Kristen Ghodsee £8.99
Add to basket