When You are Old by William Yeats

From the publication of his first poems at the age of twenty to his Nobel Prize in 1923 W. B. Yeats grew from an aspiring poet spellbound by the mystical life to an Irish senator crafting modernist poetry around a complex system of symbolism. When You are Old: Early Poems and Fairy Tales returns to the younger Yeats encountering him through Irish mythology and much-beloved poems like “The Lake Isle of Innisfree” and “He Wishes for the Cloths of Heaven” that made him popular during his own lifetime. The poems plays and prose collected here present Yeats as the 1890s aesthete who dressed as a dandy collected Irish folklore dabbled in magic and wrote beautiful poems for his beloved steeped in the late-Victorian aesthetics of the symbolist and decadence movements as well as early modernism. Approaching his early verse and tales with innocent candor as if reading Yeats for the first time this volume proffers lush images of western Ireland full of faeries and otherworldly beings framed within a profound fascination with aestheticism and the Arts and Crafts Movement all giving expression to Yeats’s early nationalist sympathies. 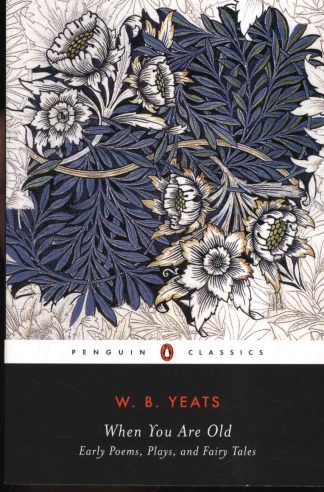 You're viewing: When You are Old by William Yeats £10.99
Add to basket