When the Green Woods Laugh by H. E. Bates

‘There!’ Pop said. ‘There’s the house. There’s Gore Court for you. What about that, eh? How’s that strike you? Better than St Paul’s, ain’t it, better than St Paul’s?’. And so Pop Larkin – junk-dealer, family man and Dragon’s Blood connoisseur – manages to sell the nearby crumbling, tumbling country home to city dwellers Mr and Mrs Jerebohm for a pretty bundle of notes. Now he can build his daughter Mariette the pool she’s long been nagging him for. But the Larkin’s new neighbours aren’t quite so accepting of country ways – especially Pop’s little eccentricities. In fact, it’s not long before a wobbly boat, a misplaced pair of hands and Mrs Jerebohm’s behind have Pop up before a magistrate. 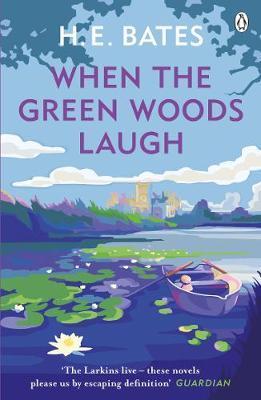 You're viewing: When the Green Woods Laugh by H. E. Bates £8.99
Add to basket