Britain thinks of itself as a welcoming country, but the reality is, and always has been, very different. This is a system in which people born in Britain are told in uncompromising terms that they are not British, in which those who have lived their entire lives on these shores are threatened with the most unyielding of policies, and in which falling in love with anyone other than a British national can result in families being ripped apart. Here, citizens are called on to police each other, targets matter more than people, and death in detention centres is far from uncommon. Campaigner and immigration barrister Colin Yeo tackles the subject with dexterity and rigour, offering a roadmap of where we should go from here as he exposes the iniquities of an immigration system that is unforgiving, unfeeling and, ultimately, failing. 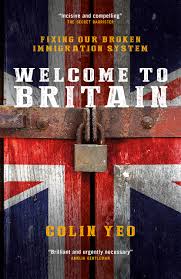 You're viewing: Welcome to Britain: Fixing Our Broken Immigration System by Colin Yeo £20.00
Add to basket