Tracy Peacock Tynan, daughter of world-famous theatre critic Kenneth Tynan and author Elaine Dundy, grew up in London and New York during the 1950s and ’60s. Her parents threw lavish parties where style was essential and guests included the biggest Hollywood, theatre and literary legends – among them Laurence Olivier, Vivien Leigh, Orson Welles, Gore Vidal, Tennessee Williams and Maggie Smith. As Tynan describes it, her parents were ‘trying their best to be the Scott and Zelda Fitzgerald of the ’50s. Tynan reveals the glamour, secrets and dark side of her parents’ highly stylised world of endless jet-setting and savage fights, the struggles she faced as she tried to take charge of her life, and the happiness she eventually found as a costume designer, writer, wife and mother. She tells her astonishing story through the prism of the clothes which have come to symbolise her turbulent life. 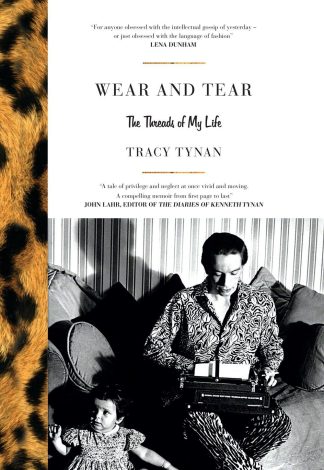