‘As opinionated as it is fascinating . . . illuminating and always provocative . . . beautifully written and extremely witty’ Paul Preston ‘Jason Webster has written a fine new history of Spain at a crucial crossroads in its existence’ John Lee Anderson A controversial urgent and new history of Spain from the best-selling interpreter of the country Jason Webster. Spain’s crises are deepening: Catalans struggle for independence political parties push to the extremes and the dead call restlessly to the living. Will the country follow the example of its history by resolving its problems once again through violence? Spain is often overlooked as a mere tourist destination. Yet we ignore events there at our peril for a long view of the country’s history reveals how it has shaped the Western world by presaging everything from the Crusades to the European Renaissance Western colonialism the Second World War and the Cold War. This truth has never before been grasped however because Spain is a Cassandra country. As with Troy’s prophetess so Spain’s prescience is doomed to be ignored – not only by her neighbours but also by her own people. Today Spain has returned to the headlines because she is once again caught in an ancient pattern of deciding through civil conflict whether to remain united or splinter into many parts. We speak of the Spanish Civil War as if there had only ever been one yet every century in Spanish history has seen bloody engagement each time over intractable questions about national identity. Can the twenty-first century prove any different? And how will developments in Spain echo in the rest of the Western world? Jason Webster has a deep knowledge of Spain from the inside. Violencia tells the colourful and highly engaging story of the country from its very beginnings to the present day by combining decades of research with personal anecdote. The book uncovers for the first time not only underlying shapes of Spanish history which are in danger of being repeated but also the previously unacknowledged fact that events in the country have long predicted developments in the West. It is a must read for anyone wishing to understand Spain and a complex and changing world. ‘Violencia is a thrilling page-turning adventure that spans the glittering expanse of Spanish history. Webster travels the horizon of Spain with the head-on confidence of the insider who has lived his subject deftly bringing to life the grandeur tragedy and mystery of the country which continues to the shape the identity of Europe and the world beyond’ Jason Elliot 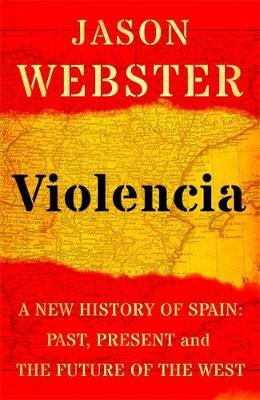 You're viewing: Violencia by Jason Webster £25.00
Add to basket