The Woods: The spine-tingling chiller thriller to keep you up at night by Vanessa Savage

There’s a lot from Tess’s childhood that she would rather forget. The family who moved next door and brought chaos to their quiet lives. The two girls who were murdered, their killer never found. But the only thing she can’t remember is the one thing she wishes she could. Ten years ago, Tess’s older sister died. Ruled a tragic accident, the only witness was Tess herself, but she has never been able to remember what happened that night in the woods. Now living in London, Tess has resolved to put the trauma behind her. But an emergency call from her father forces her back to the family home, back to where her sister’s body was found, and to the memories she thought were lost forever. 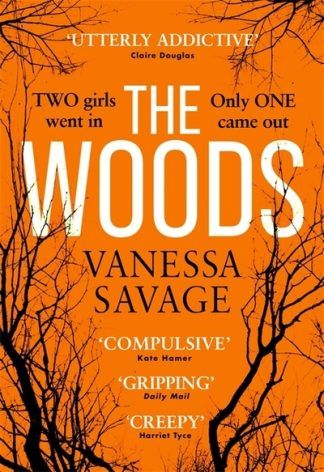 You're viewing: The Woods: The spine-tingling chiller thriller to keep you up at night by Vanessa Savage £7.99
Add to basket