The Threads of Magic by Alison Croggon

This was a thrilling, action-packed adventure, full of mystery, courage, and friendship. I really enjoyed this book and would recommend it to someone aged 9-12. Rating: 5/5  By: Charlotte (age 12)

I like this book as it was full of adventure. It is about a boy called Pip who comes across a mythical object – the heart of a prince. Pip finds himself in a world of magic and fantasy, and also friendship, courage, and loyalty. I think this book is perfect for 9-11 year olds with a passion for magic.  By: Rose (age 12)

Pip lives on his wits in the city of Clarel. When he pickpockets the wrong man, he finds himself in possession of a strange object – a heart in a silver casket. What’s more, the heart seems to be trying to communicate with Pip, and the royal officials who lost it will stop at nothing to get it back. Pip has unwittingly broken an ancient spell, and his theft will have far-reaching consequences for the whole city. As the ancient war between the Spectres and witches of Clarel reignites, the heart prepares to seek revenge for all it has suffered. 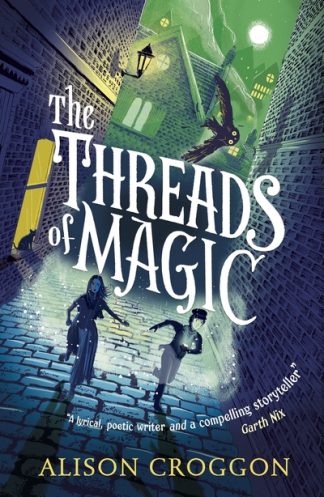 You're viewing: The Threads of Magic by Alison Croggon £7.99
Add to basket