The Tale of Jemima Puddle-Duck by Beatrix Potter

Poor Jemima. All she wants to do is lay her eggs in peace, and be allowed to hatch them herself. At last she flies off and finds the perfect place. Little does the silly duck realise that the charming gentleman who has lent her his woodshed is busily planning a delicious meal of . . . roast duck!

Jemima was a real duck belonging to Beatrix Potter, who lived at her farm, Hill Top. The story also features Beatrix’s own sheepdog, Kep, who thankfully manages to save Jemima from a nasty fate!

This edition is part of a collection of five books designed by iconic British and Irish fashion designers to celebration the 150th anniversary of Beatrix Potter. The Tale of Jemima Puddle-Duck was designed by Henry Holland (House of Holland) – a British fashion designer and businessman. Holland gained attention with his bold, 1980s-inspired T-shirts, and subsequently shot to fame after founding his own fashion house 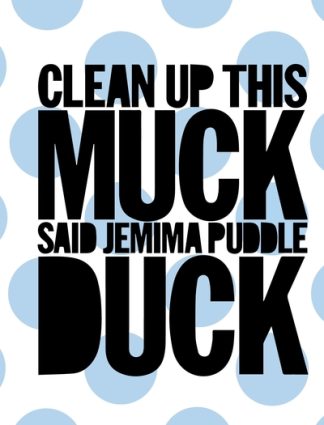 You're viewing: The Tale of Jemima Puddle-Duck by Beatrix Potter £6.99
Add to basket