The Secret City: A Spy’s Guide To London by Richard Hutt

A map and guide to real-life locations where the world’s great powers have waged discreet war in London’s streets.

This conflict has been played out in leafy parks, tube stations, office blocks, bars and even chain restaurants. The Secret City charts the seemingly ordinary streets and houses where the course of history has been altered, from the early 20th century to the present day through assassinations, arrests and assignations.

Our survey of illicit activity takes the reader on a tour that includes mundane street furniture used as dead letter drops, exclusive apartment blocks that were home to double agents, and the “irredeemably insecure” building that was formerly MI6 headquarters. 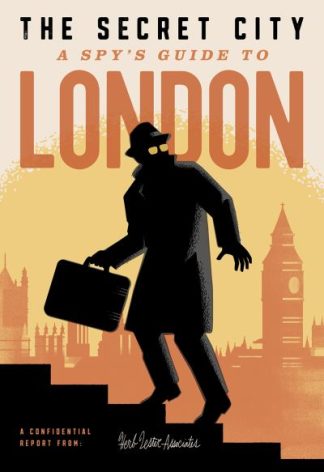 You're viewing: The Secret City: A Spy’s Guide To London by Richard Hutt £12.00
Add to basket