The Readymade Thief by Augustus Rose

Lee Cuddy is 17 years old and on the run, alone on the streets of Philadelphia. After taking the fall for a rich friend, Lee reluctantly accepts refuge in the Crystal Castle – a cooperative of homeless kids squatting in an austere, derelict building. But homeless kids are disappearing from the streets, and Lee quickly discovers that the secret society’s charitable fa?ade is too good to be true. She finds an unexpected ally in Tomi, a young artist and hacker whose knowledge of the Internet’s black market is rivalled only by his ability to break into and out of buildings. But the harder Lee tries to escape into the unmapped corners of the city, the closer she unwittingly gets to uncovering the disturbing agenda of the very men who pull the strings of the secret society she’s hoped to elude, a group of fanatics obsessed with the secrets encoded in the work of early-20th-century artist Marcel Duchamp. 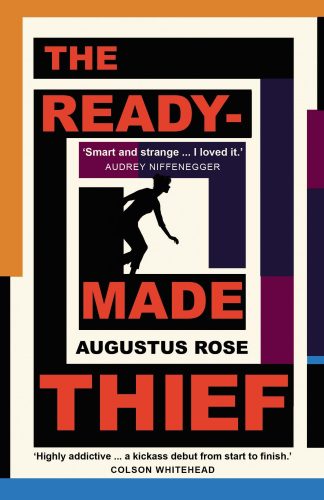 You're viewing: The Readymade Thief by Augustus Rose £8.99
Add to basket