The Power of the Dog by Don Winslow

‘Breathtaking’ JEREMY CLARKSON
‘Winslow’s masterpiece (so far) … should have a place on every crime freak’s bookshelf. Superb’ INDEPENDENT ON SUNDAY
_______________________
A brilliant page-turning thriller of power and revenge on the front lines of the drug war.

Drug lord Miguel Angel Barrera is head of the Mexican drug federación, responsible for millions of dollars worth of cocaine traffic into the US and the torture and murder of those who stand in its way. His nephew, Adan Barrera, is his worthy successor.

Art Keller is a US government operative, so determined to obtain revenge for a murdered colleague that his pursuit of the cartel veers dangerously towards an obsession outside the law. In a brutal world filled with striking characters, from a high class prostitute to an Irish hitman and a charismatic Catholic priest, everyone is in search of some kind of salvation – or damnation…

Don Winslow’s masterpiece is not only a page-turning thriller but also a rich and compelling novel in the league of James Ellroy or Don DeLillo.
_______________________
The Cartel, the blockbuster sequel to The Power of the Dog, is also available. 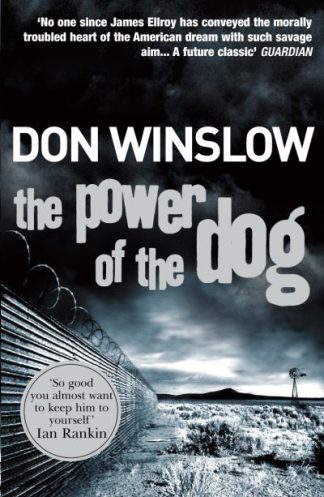 You're viewing: The Power of the Dog by Don Winslow £9.99
Add to basket