The Pale Criminal by Philip Kerr

The second in the late Philip Kerr’s iconic ‘Berlin Noir’ trilogy, The Pale Criminal sees detective Bernie Gunther return to hunt one of the most evil killers in human history. It is 1938 and Bernie Gunther is back on the mean streets of Berlin with his new partner, Bruno Stahlecker, another ex-police officer. But on a seemingly straightforward stakeout, Bruno is killed, and Bernie suddenly finds himself tapped for a much bigger job. A serial sex murderer is killing Aryan teenage girls in Berlin – and what’s worse, he’s making utter fools of the police. Gunther is forced to accept a temporary post in Obergruppenfuehrer Reinhard Heydrich’s state Security Service, with a team of men underneath him tasked purely with hunting the killer. But can he trust his team any more than he can trust his superiors?An unflinching, fast-paced thriller exploring the grisly excesses of Nazi subculture, The Pale Criminal will be loved by fans of Robert Ha 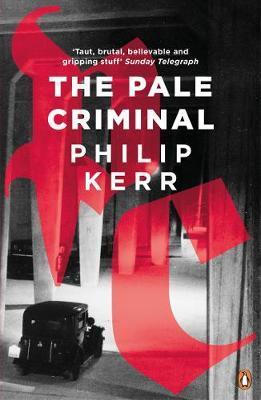 You're viewing: The Pale Criminal by Philip Kerr £8.99
Add to basket
Join the waiting list We will inform you when the product arrives in stock. Please leave your valid email address below.