The Low Voices by Manuel Rivas

The Low Voices is a novel about life, it is life itself telling stories, it is the memory of the quiet voices of the people I got to know.

The Low Voices draws on a patchwork of memories from Rivas’s early life under Franco. There’s his beloved elder sister, María; his mother, the verbivore; his father, a construction worker with vertigo; and a supporting cast of local priests, chatty hairdressers, wolf hunters and monstrous carnival effigies.

The book is full of wonderful personal stories, set against a background of the ravages of the Spanish Civil War and its aftermath at home, and the wider world as Coca-Cola sets up a factory nearby and news comes in of men landing on the moon.

A brilliant coming-of-age novel from one of Spain’s greatest storytellers, The Low Voices is a humorous and philosophical take on memory, belonging, and the nature of storytelling itself. 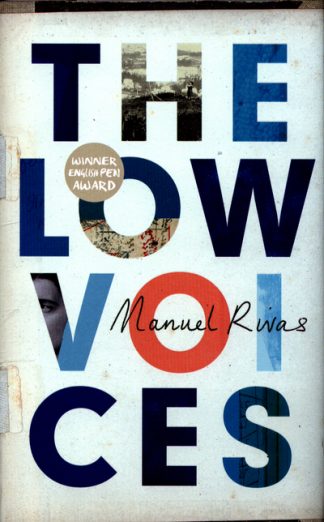 You're viewing: The Low Voices by Manuel Rivas £14.99
Add to basket