The Lost Homestead: My Mother, Partition and the Punjab by Marina Wheeler

On 3 June 1947, as British India descended into chaos, its division into two states was announced. For months the violence and civil unrest escalated. With millions of others, Marina Wheeler’s mother Dip Singh and her Sikh family were forced to flee their home in the Punjab, never to return. Through her mother’s memories, accounts from her Indian family and her own research in both India and Pakistan, she explores how the peoples of these new nations struggled to recover and rebuild their lives. As an Anglo-Indian with roots in what is now Pakistan, Marina attempts to untangle some of these threads to make sense of her own mother’s experience, while weaving her family’s story into the broader, still highly contested, history of the region. 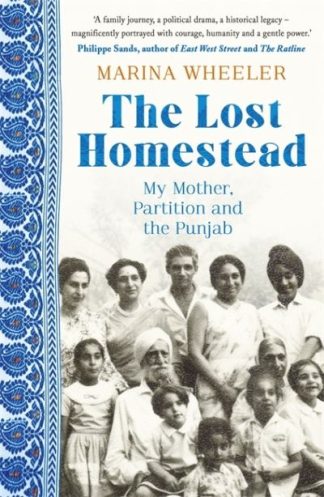 You're viewing: The Lost Homestead: My Mother, Partition and the Punjab by Marina Wheeler £25.00
Add to basket