The Long Room by Francesca Kay

What happens to a man who has his ear pressed to the lives of others but not much life of his own? When Stephen Donaldson joins the Institute, he anticipates excitement, romance and new status. Instead he gets the tape-recorded conversations of ancient communists and ineffectual revolutionaries, until the day he is assigned a new case: the ultra-secret PHOENIX. Is PHOENIX really working for a foreign power? Stephen hardly cares; it is the voice of the target’s wife that mesmerises him.

This is December 1981. Bombs are exploding, a cold war is being waged, another war is just over the horizon and the nation is transfixed by weekly instalments of Brideshead Revisited. Dangerously in love, and lonely, Stephen sets himself up for a vertiginous fall that will forever change his life.

As beautiful as it is intense, The Long Room is the dazzling new novel from an award-winning writer. With her mastery of the perfect detail, Francesca Kay explores a mind under pressure and the compelling power of imagination. 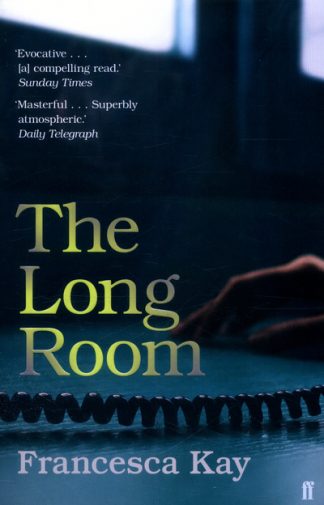 You're viewing: The Long Room by Francesca Kay £7.99
Add to basket