The Life and Legend of the Sultan Saladin by Jonathan Phillips

In 1187, Saladin marched triumphantly into Jerusalem, ending decades of struggle against the Christians and reclaiming the holy city for Islam. Four years later he fought off the armies of the Third Crusade, forces commanded by Europe’s leading monarchs. Within months of the campaign ending, Saladin died in Damascus, exhausted and almost penniless. Yet within his lifetime he had acquired – in both the Christian and Muslim worlds – an unparalleled reputation for courtesy, justice, generosity and mercy: personality traits that brought him remarkable diplomatic success. Through a unique blend of source evidence and vivid, pacey storytelling, ‘The Life and Legend of The Sultan Saladin’ brings to life this extraordinary man’s career and legacy. 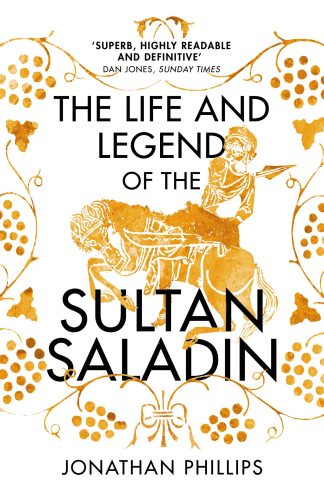 You're viewing: The Life and Legend of the Sultan Saladin by Jonathan Phillips £10.99
Add to basket