The Glass Kingdom by Lawrence Osborne

Sarah Talbot Jennings, a young American living in New York, has fled to Bangkok to disappear. Arriving with a suitcase containing $200,000, she rents an apartment at the Kingdom, a glittering high-end complex slowly sinking into its own twilight – and run by conveniently discreet staff. In Bangkok’s shocking heat Sarah meets the beguiling Mali, a half-Thai tenant who’s strangely determined to bring the quiet American out of her shell. An invitation to Mali’s poker nights soon follows, where – fuelled by shots of yadong, gossip of shady dealings in the city and the hit of marijuana – Sarah is drawn into the orbit of the Kingdom’s glamorous ex-pat women. But when an attempted military coup wracks the streets below and Sarah witnesses something unspeakable through one of the Kingdom’s windows, only to be followed by a series of strange disappearances, Sarah’s safe haven begins to feel like a trap. 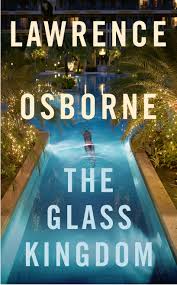 You're viewing: The Glass Kingdom by Lawrence Osborne £16.99
Add to basket