The Falconer by Dana Czapnik

This has been rightly compared to Salinger’s  Catcher in the Rye. I just loved Lucy – she’s so chaotic, contradictory and full of fire – a real young heroine.

New York, 1993. Seventeen-year-old Lucy Adler, a street-smart, trash-talking baller, is often the only girl on the public courts. Lucy’s inner life is a contradiction. She’s by turns quixotic and cynical, insecure and self-possessed and, despite herself, is in unrequited love with her best friend and pick-up teammate Percy, scion of a prominent New York family who insists he wishes to resist his upper crust fate. As Lucy navigates this complex relationship in all its youthful heartache and prepares for life in the broader world, she begins to question accepted notions of success, bristling against her own hunger for male approval and searching for an authentic way to live and love. She is drawn into the world of a pair of provocative female artists living in what remains of New York’s bohemia, but soon even their paradise begins to show cracks. 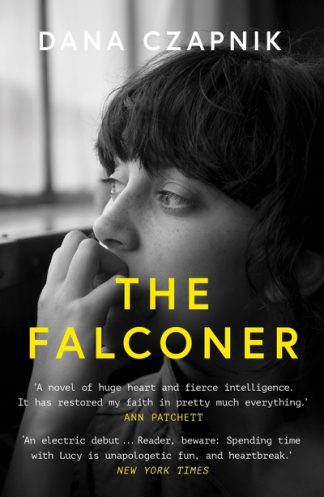 You're viewing: The Falconer by Dana Czapnik £8.99
Add to basket