The Durrells of Corfu by Michael Haag

Simon Nye’s TV series, ‘The Durrells’, is based loosely on Gerald Durrell’s ‘Corfu’ trilogy and in particular ‘My Family and Other Animals’. These books in turn are based somewhat loosely on actual events. Haag’s book covers the background to the Durrell family’s years in Corfu, including their time in India, where all the children were born, and where their father, a brilliant civil engineer, had died. Haag also tells the story of how the Durrells left Corfu, including Margo’s return intent on joining the Greek resistance, and Leslie’s romance in England with the family’s Corfite maid and friend, Maria Kondos. Further chapters cover what happened to the family in later life; here, Lawrence and Gerald Durrell’s biographies are well known, but little has previously been written of Margo, Leslie and Louisa. Haag has fascinating stories to tell of them all. 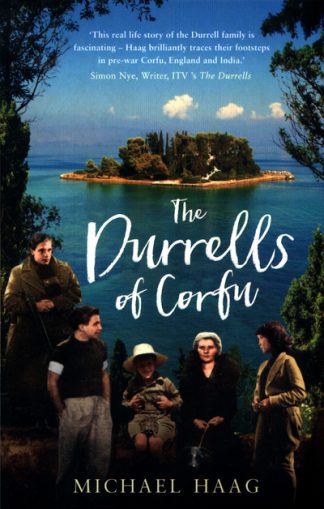 You're viewing: The Durrells of Corfu by Michael Haag £9.99
Add to basket