The Catholics: The Church and its People in Britain and Ireland, from the Reform by Roy Hattersley

Throughout the three hundred years that followed the Act of Supremacy – which, by making Henry VIII head of the Church, confirmed in law the breach with Rome – English Catholics were prosecuted, persecuted and penalised for the public expression of their faith. Even after the passing of the emancipation acts Catholics were still the victims of institutionalised discrimination. The first book to tell the story of the Catholics in Britain in a single volume, ‘The Catholics’ includes much previously unpublished information. It focuses on the lives, and sometimes deaths, of individual Catholics – martyrs and apostates, priests and laymen, converts and recusants. 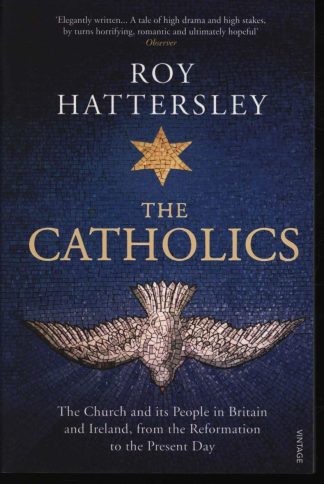 You're viewing: The Catholics: The Church and its People in Britain and Ireland, from the Reform by Roy Hattersley £11.99
Add to basket