The Brothers York: An English Tragedy by Thomas Penn

In early 1461, a 17-year-old boy won a battle on a freezing morning in the Welsh marches, and claimed the crown of England as Edward IV, first king of the usurping house of York. It was a time when old certainties had been shredded: by popular insurgency, economic crisis, feuding, and a corrupt, bankrupt government presided over by the imbecilic, Lancastrian King Henry VI. The country was in need of a new hero. Magnetic, narcissistic, Edward found himself on the throne, and alongside him his two younger brothers: the unstable, petulant George, Duke of Clarence, and the boy who would emerge from his shadow, Richard, Duke of Gloucester. This is the story of three remarkable brothers, two of whom were crowned kings of England and the other an heir. 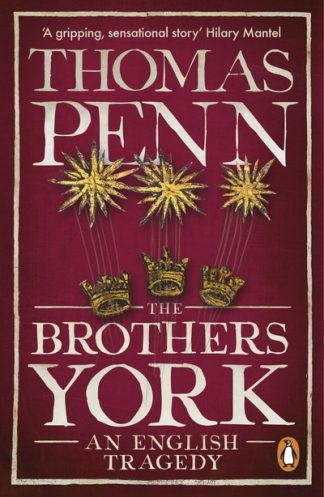 You're viewing: The Brothers York: An English Tragedy by Thomas Penn £12.99
Add to basket