The Accidental President by A. J. Baime

Heroes are often defined as ordinary characters who find themselves facing extraordinary circumstances and, through courage and a dash of luck, cement their place in history. Chosen as President Roosevelt’s fourth term Vice President for his admired work ethic, good judgement and lack of enemies, Harry S. Truman was the prototypical ordinary man from small-town America. That is, until he was thrust in over his head following the sudden death of Roosevelt. Drawing on documentation not available to previous biographers, ‘The Accidental President’ recalls the multiple challenges that faced the 33rd President. 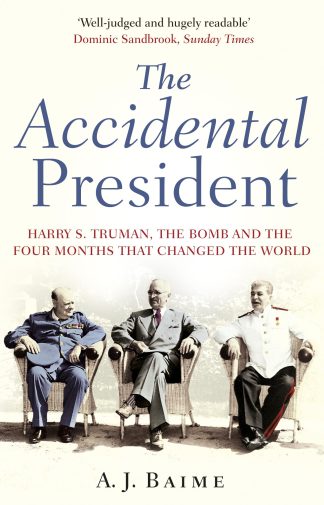 You're viewing: The Accidental President by A. J. Baime £10.99
Add to basket