In the depths of the Republic’s catastrophic winter, Major Karin M?ller is called upon to stop a group of ‘escapers’ from crossing the frozen Ostee. Ahead, her partner, Hauptmann Werner Tilsner has caught up with the group but is he arresting them, or assisting them. When a flash of red hair against the expanse of white stops M?ller in her tracks, she’s in shock. A familiar young girl is on the Ostee. Codename – Wildcat. As tensions grow with her deputy, Tilsner, and a woman’s murder to solve, M?ller must work to uncover the secrets of the state under the difficulties of the worst winter in history. 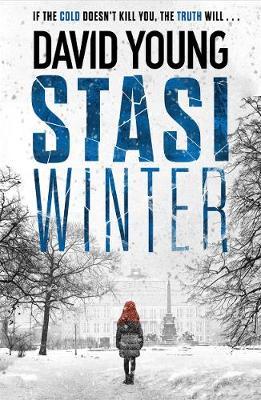 You're viewing: Stasi Winter by David Young £7.99
Add to basket