An enthralling prequel to his bestselling Roma Sub Rosa series of mysteries set in the Ancient World, Steven Saylor takes readers back to the younger days of Gordianus the Finder.

The year is 92BC and Gordianus has just turned eighteen and is about to embark on the adventure of a lifetime: a far-flung journey to see the Seven Wonders of the World.

Gordianus is not yet called ‘The Finder’ – that title belongs to his father, who we meet in these pages. But at each of the Seven Wonders, the wide-eyed Roman encounters a mystery to challenge his powers of deduction. Here is a portrait of a master sleuth in the making, the earliest exploits of the man who will become the most sought-after investigator in Rome.

Accompanying Gordianus on this travels is his tutor, Antipater of Sidon, the world’s most celebrated poet. Together, teacher and pupil journey to the fabled cities of Greece and Asia Minor, and then on to Babylon and Egypt. They attend the Olympic Games, take part in exotic festivals, and marvel at the most spectacular constructions ever devised by mankind.

‘Saylor expertly weaves the true history of Rome with the lives and loves of its fictional citizens.’ Daily Express

‘Saylor’s scholarship is breathtaking and his writing enthrals’ Ruth Rendell

‘With the scalpel-like deftness of a Hollywood director, Saylor puts his finger on the very essence of Roman history.’ Times Literary Supplement

‘Readers will find his work wonderfully (and gracefully) researched… this is entertainment of the first order.’ Washington Post 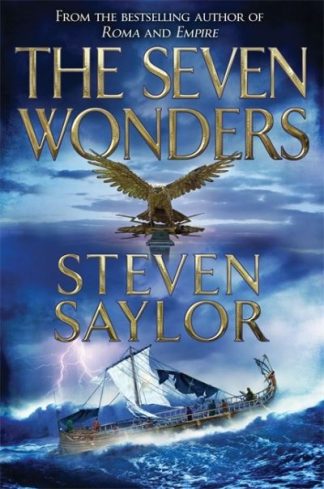 You're viewing: Seven Wonders by Steven Saylor £7.99
Add to basket