Seashaken Houses: A Lighthouse History from Eddystone to Fastnet by Tom Nancollas

Lighthouses are striking totems of our relationship to the sea. For many, they encapsulate a romantic vision of solitary homes amongst the waves, but their original purpose was much more utilitarian than that. Today we still depend upon their guiding lights for the safe passage of ships. Nowhere is this truer than in the rock lighthouses of Great Britain and Ireland which form a ring of 19 towers built between 1811-1905, so-called because they were constructed on desolate rock formations in the middle of the sea, and made of granite to withstand the power of its waves. ‘Seashaken Houses’ is a lyrical exploration of these singular towers, the people who risked their lives building and rebuilding them, those that inhabited their circular rooms, and the ways in which we value emblems of our history in a changing world. 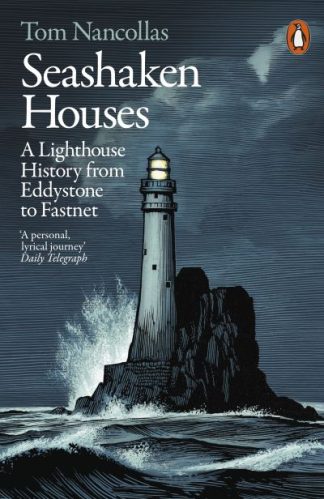 You're viewing: Seashaken Houses: A Lighthouse History from Eddystone to Fastnet by Tom Nancollas £9.99
Add to basket