Roy Lichtenstein: How Modern Art Was Saved by Donald Duck by Alastair Sooke

‘Why, Brad darling, this painting is a masterpiece! My, soon you’ll have all of New York clamoring for your work!’

Roy Lichtenstein – architect of Pop art, connoisseur of the comic strip, master of irony and prophet of popular culture.

From exhilarating images of ice-cool jet pilots in dog fights, to blue-haired Barbie dolls drowning in scenes of domestic heartache, Lichtenstein’s instantly recognisable paintings, with their Ben-Day dots and witty one-liners, defined the art of a generation. But how did a jobbing, unassuming painter of the Fifties become a world-famous Pop artist whose work today sells for millions? What do his paintings really tell us? And what is his legacy?

This book, by art critic and broadcaster Alastair Sooke, is a perfect introduction to the artist and his work. Spanning Lichtenstein’s career, and explaining his unique style, it is a journey through the life of one of the twentieth century’s greatest artists.

Published in time for a major new retrospective of the work of Roy Lichtenstein.

‘Sooke is an immensely engaging character. He has none of the weighty self-regard that often afflicts art experts and critics; rather he approaches his subjects with a questioning, open, exploratory attitude’ Sarah Vine, The Times

‘His shows are excellent – clever, lively, scholarly, but not too lecturey; he’s very good at linking his painters with the world outside the studio, and at how these artists have affected the world today’ Sam Wollaston reviewing ‘Modern Masters’, Guardian

Alastair Sooke is deputy art critic of the Daily Telegraph. He has written and presented documentaries on television and radio for the BBC, including Modern Masters, an acclaimed BBC One series that chronicled modern art in the twentieth century. Since 2009 he has reported regularly for The Culture Show on BBC Two. He was educated at Christ Church, Oxford, and at the Courtauld Institute of Art, London. 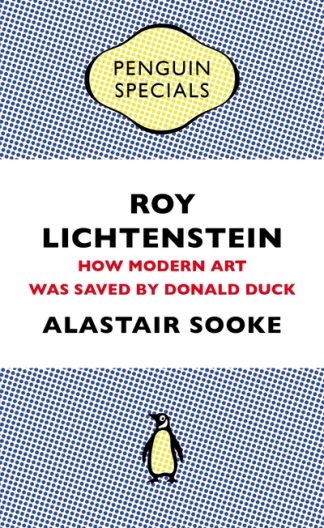 You're viewing: Roy Lichtenstein: How Modern Art Was Saved by Donald Duck by Alastair Sooke £4.99
Add to basket