Sophie Pedder marks the first anniversary of the election of France’s youngest and most exciting president in modern times, with unique perspective from her time as head of the Economist’s Paris Bureau. President Emmanuel Macron’s vision for France is far more radical than many realise. His remarkable ascent from obscurity to the presidency is both the dramatic story of a personal ambition, and the tale of a wounded once-proud country in deep need of renewal. How did a political novice manage to defy the unwritten rules of the Fifth Republic and secure the presidency at his first attempt? What had happened to France over the previous 20 years that laid the ground for this improbable feat? The task facing Macron is a daunting one. His victory in 2017 was conditional: he has a mandate until 2022 when the French electorate will judge him by his successes, and his failures. 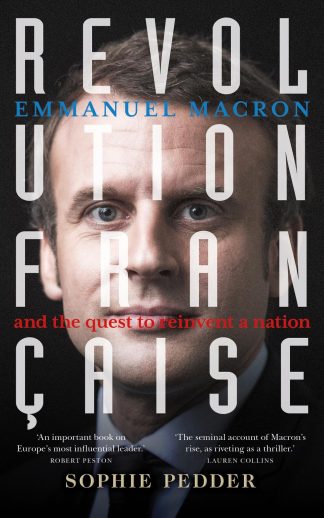 You're viewing: Revolution Francaise by Sophie Pedder £12.99
Add to basket