Burma, 1852. Arthur Bowman, a sergeant in the East India Company, is sent on a secret mission during the Second Anglo-Burmese War. But the expedition is foiled – his men are captured and tortured. Throughout their ordeal, a single word becomes Bowman’s mantra, a word that will stiffen their powers of endurance in the face of unimaginable suffering: ‘Survival’. But for all that, only a handful escape with their lives. Some years later in London, battling his ghosts through a haze of alcohol and opium, Bowman discovers a mutilated corpse in a sewer. The victim appears to have been subjected to the same torments as Bowman endured in the Burmese jungle. And the word ‘Survival’ has been daubed in blood by the body’s side. 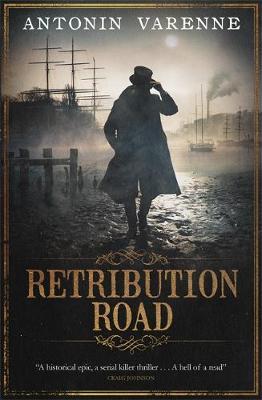 You're viewing: Retribution Road by Antonin Varenne £8.99
Add to basket