When James Pope-Hennessy began his work on Queen Mary’s official biography, it opened the door to meetings with royalty, court members and retainers around Europe. The series of candid observations, secrets and indiscretions contained in his notes were to be kept private for 50 years. Now published in full for the first time and edited by the highly admired royal biographer Hugo Vickers, this is a riveting, often hilarious portrait of the eccentric aristocracy of a bygone age. 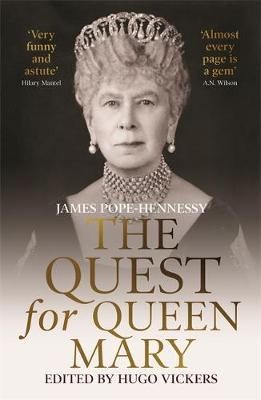 You're viewing: Quest For Queen Mary by James Pope-Hennessy £10.99
Add to basket
Join the waiting list We will inform you when the product arrives in stock. Please leave your valid email address below.