Prince Albert: The Man Who Saved the Monarchy by A. N. Wilson

The success story of the British royal family can be laid at the door of Prince Albert, who, after his death in 1861, turned into a man who could do no wrong. His statues were to be seen all over the Empire. Albert Halls, Albert Squares, Albert Streets filled every English-speaking town, and many of the towns in India. In this exhaustively researched and definitive biography, A.N. Wilson reveals Prince Albert to be a man of prodigious gifts. Not only was he politically astute, he had administrative gifts which could have made him a great general. He was scientifically informed. He understood, and was enthused by, modern technology. He was a knowledgeable art collector. He was a musician and composer. He was the father of a family. Between them, Victoria and Albert rescued the British monarchy from grave crisis and established the kind of country Britain would become over the next century. 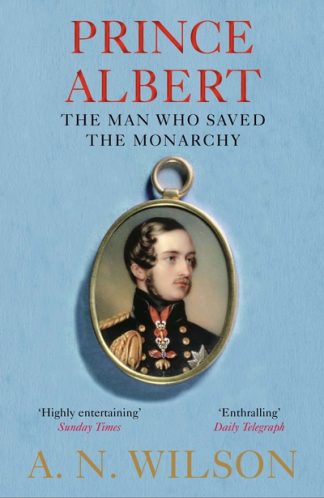 You're viewing: Prince Albert: The Man Who Saved the Monarchy by A. N. Wilson £10.99
Add to basket