Polly Morland, ‘A Fortunate Woman’ – Author Event in the Bookshop: Book and Ticket

Wednesday 8 June, 7.30pm.  Doors open at 7.00pm if you would like to meet up and have a drink in our Writer’s Café before the event.

Ticket price includes a copy of A Fortunate Woman: A Country Doctor’s Story (RRP £16.99) which will be published on 9 June.

There is also a Ticket Only option. You do not need to collect your ticket before the event – we will be able to check your name at the door from your order. Books will also be ready to collect on the night.

Polly Morland was clearing her late mother’s house when she found a battered paperback fallen behind the family bookshelf. Opening it, she was astonished to see reproduced in it an old photograph of the remote, wooded valley in which she lives. The book was A Fortunate Man, John Berger’s classic 1967 account of a country doctor working in the same valley more than half a century earlier. This chance discovery led Morland to the remarkable doctor who serves that valley community today, a woman whose own medical vocation was inspired by reading the very same book as a teenager.
A Fortunate Woman tells her compelling story, and how the tale of the old doctor has threaded through her own life in magical ways. Working within a community she loves, she is a rarity in contemporary medicine: a modern doctor who knows her patients inside out, the lives of this ancient, wild place entwined with her own.
Revisiting Berger’s story after half a century of seismic change, both in our society and in the ways in which medicine is practiced, A Fortunate Woman sheds light on what it means to be a doctor in today’s complex and challenging world. Interweaving the doctor’s story with those of her patients, reflecting on the relationship between landscape and community, and upon the wider role of medicine in society, a unique portrait of a twenty-first century family doctor emerges.

Polly Morland is a writer and documentary maker. She worked for fifteen years in television, producing and directing documentaries for the BBC, Channel 4 and Discovery. She is a regular contributor to newspapers and magazines and is the Royal Literary Fund Fellow in the School of Journalism, Media & Culture at Cardiff University. She is the author of several books, including
The Society of Timid Souls: Or, How to Be Brave, which won the Guardian First Book Award and was a Sunday Times Book of the Year. 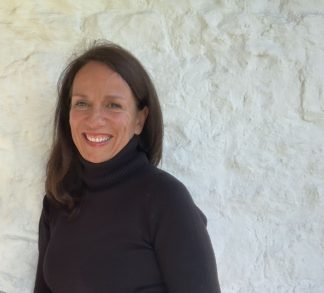