Percy Jackson and the Singer of Apollo: World Book Day 2019 by Rick Riordan

When the god Apollo asks for a favour, it’s never going to be straightforward. Percy Jackson is celebrating Grover’s birthday when Apollo turns up. He’s due to perform in front of the other gods on Mount Olympus but one of his four beautiful celedon singers is missing. Percy sets off to bring her back, but the rogue celedon has sniffed her shot at a solo career and is holding up Broadway. With the bright lights of Times Square in the background, it’s a showdown to remember for Percy – can he find a way to capture her and return her to Apollo in time? 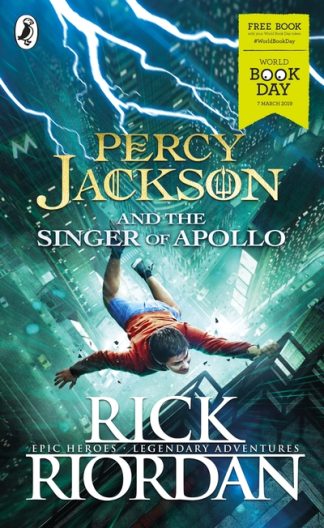 You're viewing: Percy Jackson and the Singer of Apollo: World Book Day 2019 by Rick Riordan £1.00
Add to basket