People Like Us: Margaret Thatcher and Me by Caroline Slocock

As a young civil servant, Caroline Slocock went to work at No. 10 Downing Street during the last eighteen months of Margaret Thatcher’s prime ministership. It was a pivotal time in her career and life. She was the only other woman in the Cabinet Room when Mrs Thatcher eventually resigned, brought down by her closest political allies. As a left-leaning English Literature graduate, she was against much of what Thatcher stood for, but as she worked for her she became fascinated by the challenges Thatcher faced as a powerful woman, and the way that she was demonised. Based on diaries Slocock kept at the time, this extraordinary book, examines how, although Margaret Thatcher is considered by many to be the ultimate anti-role model for feminists, she had to fight hard to change the status quo and fulfil her ambitions, a feature common to all successful and aspirational women. 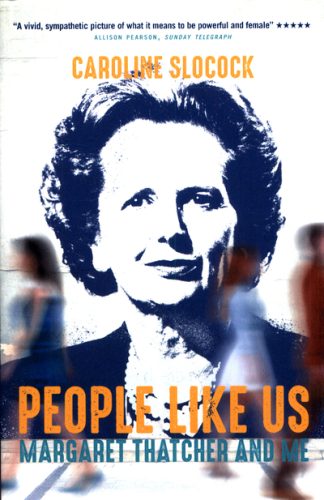 You're viewing: People Like Us: Margaret Thatcher and Me by Caroline Slocock £9.99
Add to basket