In 1943, Churchill’s War Cabinet met to discuss the opening of a new front. Its battles would be fought amidst the glaciers of the Antartic. Intended to safeguard the Falkland Islands from Japanese invasion and to deny German U-boats, the expedition also sought to re-assert British territorial rights in the face of Argentine provocation. Indeed, the British bases secretly established in 1944 would also go on to play a vital part in a global ‘conflict’: the Cold War. ‘Operation Tabarin’ tells for the first time the story of one of the most curious episodes in what Ernest Shackleton called ‘the white warfare of the south.’ 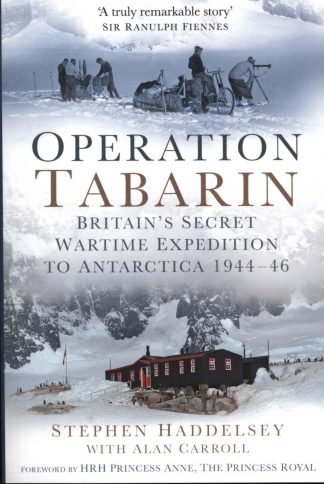 You're viewing: Operation Tabarin by Stephen Haddelsey £16.99
Add to basket