One Long and Beautiful Summer: A Short Elegy For Red-Ball Cricket by Duncan Hamilton

Following Neville Cardus’s assertion that ‘there can be no summer in this land without cricket’, Hamilton plotted the games he would see in 2019 and write down reflectively on some of the cricket that blessed his own sight. It would be captured in the context of the coming season in case subsequent summers and the imminent arrival of The Hundred made that impossible. He would write in the belief that after this season the game might never be quite the same again. 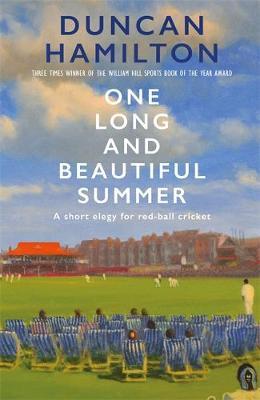 You're viewing: One Long and Beautiful Summer: A Short Elegy For Red-Ball Cricket by Duncan Hamilton £16.99
Add to basket