Now You See Them: The Brighton Mysteries 5 by Elly Griffiths

Edgar Stephens is now a Superintendent and married to former DS Emma Holmes. Edgar’s wartime partner in arms, magician Max Mephisto, is a movie star in Hollywood, while his daughter Ruby has her own TV show, Ruby Magic. The funeral of Stan Parks, aka Diablo, actor and wartime comrade to Edgar and Max, throws the gang back together. The reunion sparks all sorts of feelings. Bob Willis, now a DI, is dealing with the disappearance of local schoolgirl Rhonda Miles. Emma, frustrated by living the life of a housewife and mother, keeps thinking how much better she would run the case. She is helped by Sam Collins, a woman reporter also hampered by sexism at work. Sam notices a pattern with other missing girls. Edgar listens to the theory but doesn’t give it much credence. He is preoccupied with the threatened invasion of Brighton by Mods and Rockers on the May Bank Holiday. 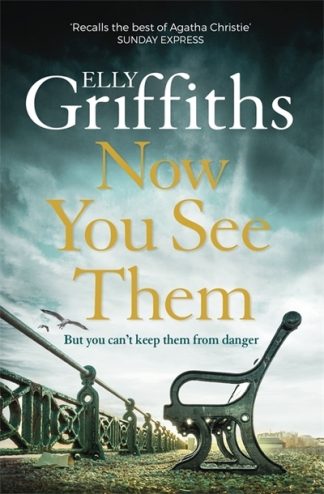 You're viewing: Now You See Them: The Brighton Mysteries 5 by Elly Griffiths £8.99
Add to basket