Heart-achingly funny touching and brilliantly clever Millions is a fantastic adventure about two boys one miracle and a million choices. Brothers Damian and Anthony didn’t mean to get caught up in a botched train robbery. But what would you do if a massive bag of cash dropped from the sky and you had only a few days to spend it before it became worthless? Buy a million pizzas? End world poverty? Not such an easy decision is it? The boys soon find out that being rich is a mug’s game. Not only is the clock ticking the bank robbers want their money back . . . This edition of Frank Cottrell-Boyce’s Carnegie Medal-winning Millions features fantastic cover artwork from the brilliant Steven Lenton. Millions is a major film directed by Oscar-winner Danny Boyle. 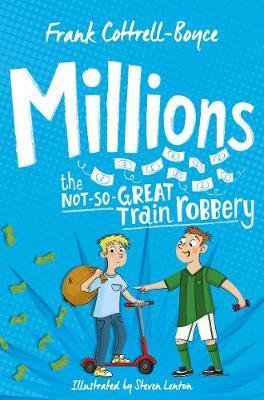 You're viewing: Millions by Boyce, Frank Cottrell £7.99
Add to basket