When glamorous socialite Noem? Taboada receives a frantic letter from her newly-wed cousin begging to be rescued from a mysterious doom, it’s clear something is desperately amiss. Catalina has always had a flair for the dramatic, but her claims that her husband is poisoning her and her visions of restless ghosts seem remarkable, even for her. Tough and smart, she possesses an indomitable will, and she is not afraid: not of her cousin’s new husband, who is both menacing and alluring; not of his father, the ancient patriarch who seems to be fascinated by Noem?; and not of the house itself, which begins to invade Noem?’s dreams with visions of blood and doom. Her only ally in this inhospitable abode is the family’s youngest son. Shy and gentle, he seems to want to help, but might also be hiding dark knowledge of his family’s past. 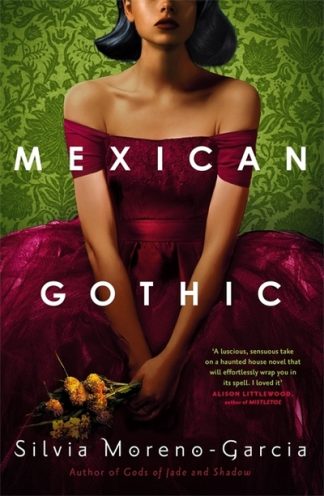 You're viewing: Mexican Gothic by Silvia Moreno-Garcia £16.99
Add to basket