Berlin, 1928, the dying days of the Weimar Republic shortly before Hitler and the Nazis came to power. It was a period of decadence and excess as Berliners – after the terrible slaughter of WWI and the hardships that followed – are enjoying their own version of Babylon. Bernie is a young detective working in Vice when he gets a summons from Bernard Weiss, Chief of Berlin’s Criminal Police. He invites Bernie to join KIA – Criminal Inspection A – the supervisory body for all homicide investigation in Kripo. Bernie’s first task is to investigate the Silesian Station killings – four prostitutes murdered in as many weeks. All of them have been hit over the head with a hammer and then scalped with a sharp knife. Bernie hardly has time to acquaint himself with the case files before another prostitute is murdered. 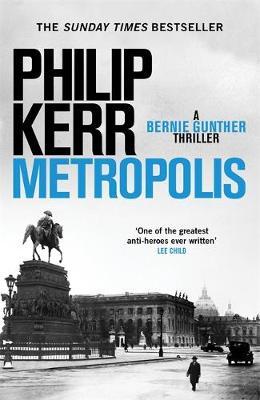 You're viewing: Metropolis by Philip Kerr £8.99
Add to basket
Join the waiting list We will inform you when the product arrives in stock. Please leave your valid email address below.