Steve Davis first met Kavus Torabi – guitarist with Gong, Guapo, Cardiacs and Knifeworld – in the mid-2000’s at a gig by French underground rock legends Magma. Over the next few years, this unlikely duo’s shared affinity for visionary psychedelic music would become the foundation of not only a firm friendship, but also the most infectiously inclusive broadcasting style since the much-mourned death of John Peel. In their weekly radio shows and a one-of-a-kind live DJ roadshow which included a legendary appearance at Glastonbury, Steve and Kavus mapped out a musical landscape of rare enchantment, where the only passport needed was a pair of open ears. No-one, least of all Davis and Torabi themselves, was expecting the six-time former World Snooker champion and a British-Iranian underground rock musician to become one of the most trusted brands in British alternative music. 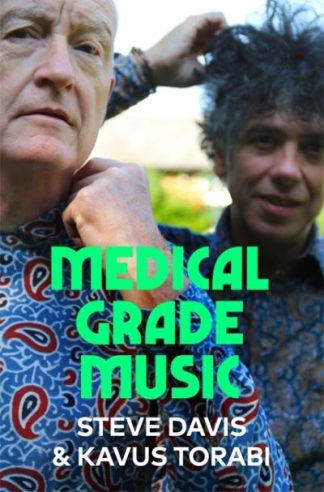