Measure for Murder by Clifford Witting

It is January 1940 and Mrs Mudge is busily occupied cleaning the Little Theatre in Lulverton, which is run by the local amateur dramatics society. But she’s in for an unpleasant surprise with her discovery of a corpse in the box-office, stabbed in the back with a dagger – a prop from the society’s latest play, Measure for Measure.

Readers will have to wait until the half-way stage of this wonderful detective story before the identity of the corpse is revealed. After which it becomes clear that there were many people who had reason to be in the theatre late that night . . .

Measure for Murder (1941) is the second of Galileo’s Clifford Witting reissues, following Catt Out of the Bag, which left Golden Age Detective fiction fans hungry for more stories from this talented author. It will be joined shortly by Murder in Blue. 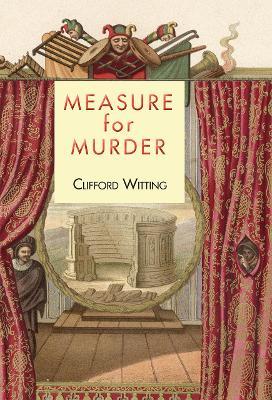 You're viewing: Measure for Murder by Clifford Witting £8.99
Add to basket