Winter, 1936. A man and his wife shot dead in their bed, their home burned. The woman’s father, a millionaire industrialist, wants justice – and the priceless diamonds that disappeared along with his daughter’s life. He turns to Bernhard Gunther, a private eye and former cop.

As Bernie follows the trail into the very heart of Nazi Germany, he’s forced to confront a horrifying conspiracy. A trail that ends in the hell that is Dachau . . .

Stylishly written and powerfully evocative, Kerr’s crime classic transports readers to the rotten heart of Nazi Berlin, and introduces a private eye in the great tradition of Hammett and Chandler.

‘For Christmas, I would like all of Philip Kerr’s Berlin Noir novels’ Sam Mendes, Guardian 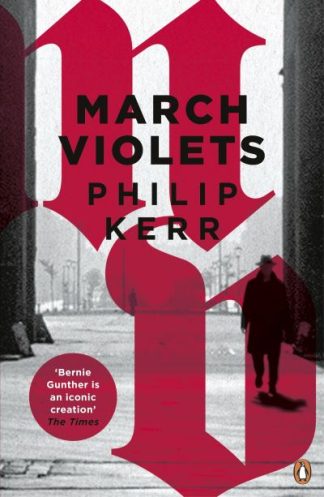 You're viewing: March Violets by Philip Kerr £8.99
Add to basket