Before becoming an MP, Dan Jarvis was a soldier for fifteen years, serving in Iraq and Afghanistan among other places. Every time he left the family home for a conflict zone Dan knew he was risking his life: many of his contemporaries were badly injured or killed. But he never imagined that the one to die would be his wife Caroline, who he lost to cancer at a tragically young age, leaving him to bring up their two small children. In ‘Long Way Home’ the two stories run in parallel, Dan’s service in the Parachute Regiment, for which he was subsequently awarded the MBE, becoming increasingly untenable as Caroline’s health declined. It’s a soldier’s story and a father’s story: an extraordinary tale of fortitude, love and doing the best you can in horribly difficult circumstances. It is also be a fascinating insight into the day-to-day reality of military life. 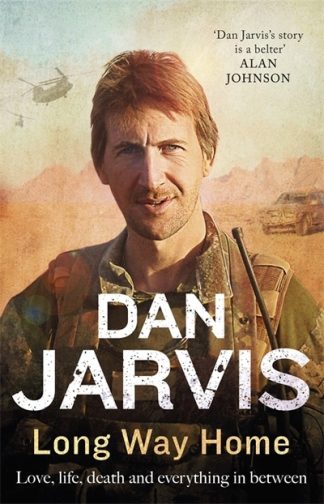