A captivating portrait of those who lived, loved, fought, played and flourished in Paris between 1940 and 1950 and whose intellectual and artistic output still influences us todayAfter the horrors of the Second World War, Paris was the place where the world’s most original voices of the time came – among them Norman Mailer, Miles Davis, Simone de Beauvoir, James Baldwin, Juliette Greco, Alberto Giacometti, Saul Bellow and Arthur Koestler. Fuelled by the elation of the Liberation, they hoped to find an independent and original alternative to the Capitalist and Communist models for life, art and politics – a Third Way. These pioneers also reinvented their relationships with others, questioning, shaking and often rejecting the institutions of marriage and family. They consumed drugs, cigarettes and alcohol with passion; their heightened sexuality proved an inherent part of their creativity and permeated everything they did. The fertility of the interaction between literature, theatre, anthropology, philosophy, politics and cinema was unrivalled by anywhere else in the world at that time, and Paris seemed to be at the heart of all that was new and brave and controversial. Yet what did they achieve, these intellectuals in whom so much fierce hope had been placed? Post-war Parisian irresponsibility is as much the focus of Left Bank as political, artistic, moral and sexual incandescence. Agnès Poirier skilfully weaves together a collage of images and destinies and the voices clamour from the pages, as fresh, vital and challenging as when they first were raised. 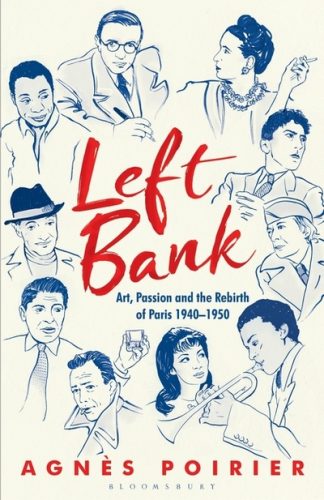 You're viewing: Left Bank by Agnes Poirier £25.00
Add to basket