View basket “The Binding (ER15) by Jenny Alexander” has been added to your basket.

John Snow was a Victorian physician who helped to establish that cholera was spread by contaminated water (not bad air, as theory had it). He traced the source of a deadly cholera outbreak to one pump and was able to have it closed, ending the outbreak, despite deep resistance from the local authorities, who did not want to believe his theory. This was a massive event in public health and the founding event of the science of epidemiology. Snow was also an early pioneer of anaesthesia. A dedicated scientist, the results of his work are still evident. He saved untold lives. This is his story. 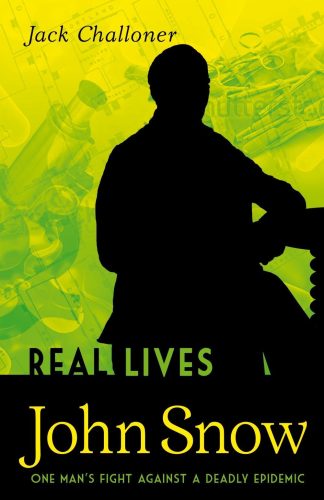 You're viewing: John Snow by Jack Challoner £5.99
Add to basket