If the Dead Rise Not: A Bernie Gunther Mystery by Philip Kerr

‘One of the greatest anti-heroes ever written’ LEE CHILD

As Berlin prepares for the 1936 Olympic Games, Bernie is caught between violently opposing factions in a story that comes full circle in 1950s’ Cuba.

Berlin 1934. The Nazis have been in power for just eighteen months but already Germany has seen some frightening changes. As the city prepares to host the 1936 Olympics, Jews are being expelled from all German sporting organisations – a blatant example of discrimination.

Forced to resign as a homicide detective with Berlin’s Criminal Police, Bernie is now house detective at the famous Adlon Hotel. Two bodies are found – one a businessman and the other a Jewish boxer. As Bernie digs to unearth the truth, he discovers a vast labour and construction racket designed to take advantage of the huge sums the Nazis are spending to showcase the new Germany to the world. It is a plot that finds its dramatic and violent conclusion twenty years later in pre-revolutionary Cuba. 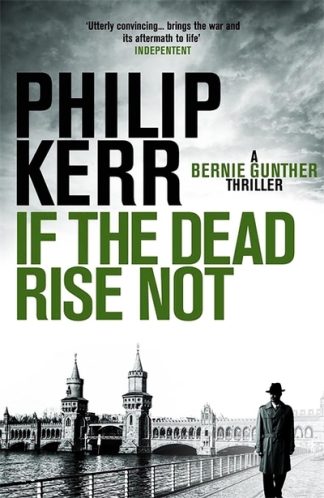 You're viewing: If the Dead Rise Not: A Bernie Gunther Mystery by Philip Kerr £8.99
Add to basket